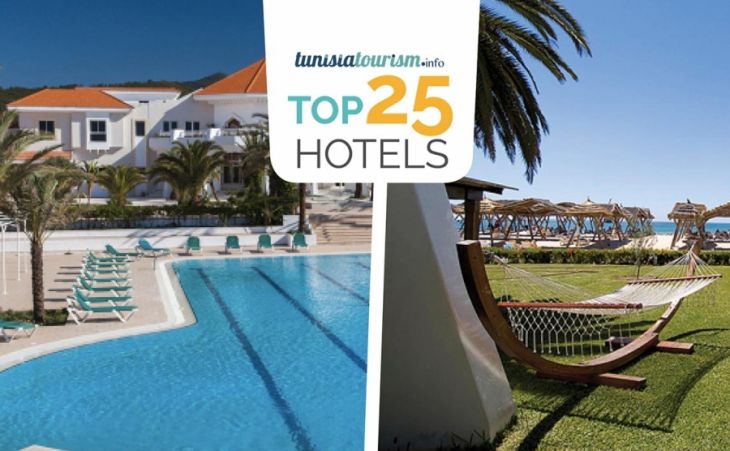 Published : 03-05-2019
After the TUI Magic Life Skanes last month, It is now the Magic Hotels Thabraca who moves from 21st to 2nd place.
Follow our ranking of hotels published every month: it is based on guests’ online ratings and comments from all over the world during the previous three months.
Thus, you will know which hotels currently give the best satisfaction to their guests.
In partnership with ReviewPro. (More information about our ranking based on ReviewPro’s GRI index: read our article).

For the second time, one of the Magic Hotels & Resorts recorded an outstanding improvement.
The Magic Hotels Thabraca (4-star in Tabarka) rose by 19 places since our last ranking. It now ranks second.
One month before, the TUI Magic Life Skanes (4-star in Monastir) recorded exactly the same increase. It is still well ranked at the 6th place.

Newcomers in the Top 10

The Palmyra Beach in Sousse is the best 3-star hotel in this month’s ranking.
In its category, it is followed by Ibis Sfax and Dar Dhiafa Djerba.

Four Iberostar hotels take place in the ranking, all of them in the first 15 places.
Seven Magic Hotels & Resorts can also be found in our table, from the chain’s 15 hotels in Tunisia.
The excellency of three hotels who remain ranked in the Top 5 for the fourth consecutive time is worth mentioning: Dar El Jeld Hotel & Spa (Tunis), La Badira (Hammamet) and The Residence Tunis (Gammarth).
Save the date: on June 19th, we will know the list of the best hotels for the whole previous year. It will be the presentation of the Tunisia Hospitality Award trophies by TunisiaTourism.info.
See also our last ranking and the ranking for the year 2018. 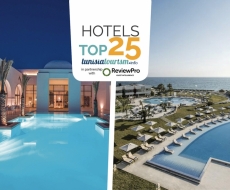 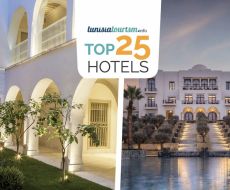 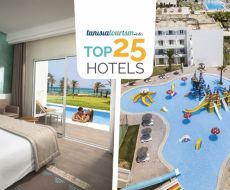 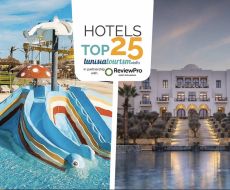 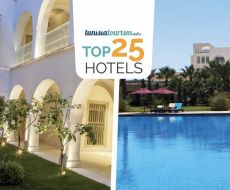 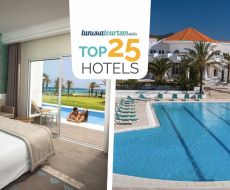 Top 25 Hotels of the summer